Owing our story, living our truth and loving ourselves through that process is the bravest thing that we will ever do. Let go of who you are supposed to be and embrace who you are

I recently came across a great TED video  from Angela Lee Duckworth on the key to success. Angela talks you through her own experience from dropping a consulting, going into teaching math led by curiosity pursuing research aspirations to uncover the truth about what really makes kids, but also adults successful.

“In all the studies we did one characteristic emerged that predicted success. It was not social intelligence, good looks, physical health. It was grit. […] Grit is about living life like it’s a marathon not a sprint”

Y Combinator is the legendary tech incubator responsible for Reddit, Dropbox, Airbnb, Scribd, and scores of other notable startups.  When asked what made the difference between profit machines like Dropbox and catastrophic startup failures, Y Combinator co-founder Paul Graham had this to say:

He’s obviously not alone in his assessment that grit (persistence … perseverance … whatever you want to call it) is a more accurate predictor of success than intelligence.

“The man who can drive himself further once the effort gets painful is the man who will win.”
– Roger Bannister

We are in the age where the performance psychology is seeing a big shift.

Now we do not only have a science backing up that all it takes is your preference, your determination – but we have tools and knowledge to teach it. There is no more excuse for not achieving your goals at any level.

And Duckworth is not alone in her science 1.  It’s safe to say we’re witnessing an actual paradigm shift in performance psychology.

While this is intellectually interesting, what’s really exciting is the practical application.  How fortunate that grit is, as Duckworth mentioned, a trainable skill.  (See:  The Grit Habit – free PDF that teaches Grit in a single page).

We can’t control how much “talent” we have.  We can’t change the genetic cards we’re dealt at birth.  But we can learn to persist in spite of all limitations.  And now we know:  that’s what really matters.

“A hero is no braver than an ordinary man, but he is brave five minutes longer.”
– Ralph Waldo Emerson

There is no doubt that Tony is the man if it comes to teaching people to deliver results. He has impacted millions of people all around the world mine including.  I have been to many of his events and just recently when getting through my notes I saw a bunch of things underlined with my red marker with the note REMEMBER.  Now I remember listening to the workshop on sales he was giving and how it totally changed the way I looked at the sales game.  Here are a few insights from my note as much applicable to sales as to our own lives.

Tony has coached presidents, celebrities and Olympic athletes to perform at their top of their game. Putting the secrets above into action will improve your performance too. The mark of a great leader is one who is highly coachable. So let these ideas guide you to higher commissions, happier clients, and ultimate satisfaction.

These are my 5 favorite ones which since then I incorporated in my daily thinking and program my mindset.

Being present and knowing inherently why you do what you so will put you at peace. It`s so easy to get caught with daily tasks, routines, follow the pressure of our environments and people around us. But knowing why you do what you do can get you though the most tough moments in your life. Remembering why you are here, what is your purpose, what impact you want to have, what legacy you will leave, what values you represent what do you stand for  is the most important question to ask yourself every day. Knowing your purpose changes the game, changes every minute of your life.

# 2 Give positive meaning to everything

You know these moments when somebody doesn’t show up or something goes wrong. We are thought to assume the worst. What if they do not like us, what if I di something wrong, what if … The truth is that there is so many things out of your control that wasting your precious energy for worrying about this things is counterproductive especially in your entrepreneurial life. Always assume the best, keep positive attitude no matter the issue. A big thing for me was realising that no matter what happens everything is perfect – and this is not saying that I am giving up trying and there is a force controlling my life. No. But there is so many things out of my control. Always do your best and expect great things to happen. If they do not try again. Everything happens for a reason. Always.

#4 Know that everyone is unique, different, and amazing

We are all awesome. We all have unique abilities, skills and talents and there is not such a thing as being better than anyone else. Especially in startup environment people have this tendency of thinking highly about themselves instead of humbly listening and learning from others.  Looking at the world through the lens that everyone has meaning, everybody has a lesson to teach you, everybody know something you do not will positively affect every facet of your performance, your business and your own personal life. We all play in the same game.

#5 Be driven by your desire for adventure

I love this one and I try to practice its everyday. When you turn your fears into an adventure mindset things start becoming much more exciting/. The question here is though what drives you? Your past?  Are you trying to proof something? Are you scared?

Wake up today and ask yourself:

I wonder what wonderful is going to happen?

fear is a natural reaction to moving closer to the truth

Please include attribution to http://mindvalleyacademy.com with this graphic. 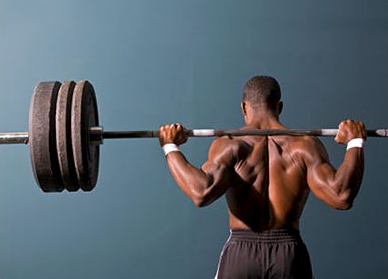 It was my second training and first time in my life when I was lifting 30 kg above my head on a barbell. I needed 3 rounds of 20 reps as fast as possible. In the last round there were a few times when I lifted it, got it above my head but did not managed to straighten my arms and ended up dropping the weight.

My trainer said, Aga, look you rush yourself unnecessary. You put all this energy, all this effort –to get this thing above the head yet you do not hit the rep (meaning I do not straighten my arms hence the rep doesn’t count) All this energy is wasted and you miss the rep…

In my head I was just thinking one thing… This is so my life.

I have this very often unnecessary “need for speed”  which instead of driving me forward puts me back and makes me slower.  I am naturally hyper, and like to get results fast. How fast? Faster than anybody thinks it`s possible. Driving traffic to the site? Bringing your income up to $10,000/ month? Doing a summer salto?  This rush served me well often in a startup environment – where speed is so important and you can see your results on a daily basis. This need for speed made a few of my startups fail with a big bang in a very short period of time, ruin a few very important business relationship and miss many funding opportunities. This need for speed made a depressed and miserable when I couldn’t hit my goals.

I think the biggest one was when I took on a challenge of making money online, passively within a few months.  I am a pretty determined kid, but equipped just with knowledge form Tim Ferris books, not understanding what it takes and focusing on ways which can generate quick income (I mean like in a week) I hit the wall. And do not get me wrong, I have learnt so much, and I have taken massive action priding myself in being a doer and a hustler. But I was running in the wrong direction and focusing on wrong things on the way.

Like with lifting, I wasted so much energy trying to be fast instead of focusing on the right technique, making sure my legs and elbows are in the right position, getting my breathing right and then going slowly and smoothly up.

If I would only acknowledge that its ok to go slower I would get that rep quicker.

And it might be that I am naturally hyper active, but I also a child of fast results. The environment where speed is everything, where we are taught instant gratification, where the results of your work should be visible NOW.

I have learnt my lessons and I become much more reflective, analytical and strategic with my thinking. As my trainer says slow is smooth smooth is fast. I am still hyper active but I know that with the right technique and strategy I can use my need for speed to win any game.

What are your thoughts on going too fast in your business?

The power of immediate action