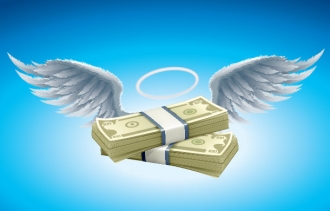 As the rest of startup community I am really excited about the recent changes and the launch of Angel List Syndicates. It a game changer for Startup funding. Below its a simple rant on what its all about, what changes will it bring and what we can expect! Get ready for the some incredible startups coming up and innovation happening even quicker!

Come  up with an idea for a technology-based product. There’s smartphone apps, computer hardware and software, digital media devices, and technology-based services that can do just about anything you can think of. Watch security camera at your home from a remote location. Test your blood sugar level or take your blood pressure with a device plugged into your smartphone and send the results directly to your doctor. The possibilities are endless and the hyper-connected tech world is driving innovation and competition among entrepreneurs for new products and services faster than ever.

If you’ve been a player in Silicon Valley for some time, or you work for a large company like Intel or 3M that funds start-up ventures, getting funding to turn an idea into a viable product or service is one hurdle that likely won’t be problem. But for the vast majority of entrepreneurs who develop an idea in their basement or over a cup of coffee and turn those concepts into a formal business plan, a major challenge that can hold a lot of start-ups back is their financial resources to handle research and development, legal costs, and all the other expenses that pile up to get a company off the ground.

It wasn’t that long ago that start-ups had to do their own door-to-door shopping to drum up the cash they need from investors to get things started. Or they could hire a venture capital firm to help them do some of the legwork and get in front of potential investors to pitch their idea. One of the biggest drawbacks for this method of fund raising has always been the amount of time it takes to fly from city to city to make your pitch. And for some over-coffee business ideas, even the start-up expenses of trying to raise enough cash to move forward has been prohibitive from some companies. But in the digital age, that way of fund raising to launch a business will soon be taking a back seat to locating angel investors online.

The venture capital site AngelList.com has been helping start-up companies find investors to back their ideas for the last few years. But it recently announced an addition to its services that may be a game-changer that reduces the amount of time it takes to raise start-up funds while increasing the amount of money available to get started. Angel List Syndicates allows an angel investor to invite other venture capitalists to add to the pot of money to fund a start-up. Based on the typical agreement, the lead investor can charge a fee for directing additional venture capitalists to invest in a particular start-up, and everyone collects on the investment when the start-up becomes profitable.

It’s not an entirely new idea, but the technology behind Angel List Syndicate capitalizes on the social networks of a lead angel investor. This service makes it far easier to raise a lot of cash for a start-up without the traditional headaches of fund raising. And in it’s infancy, it’s already proved to be a highly successful funding model that could launch the next big tech innovation.

Author and entrepreneur Tim Ferris, who wrote The Four-Hour Body, recently raised $250,000 in 53 minutes for a start-up company called Shyp.com. This company Ferris helped fund eliminates the need to go to the post office or office supply store to ship a package. Instead, you just take a picture of the item you want to ship, log it online with some basic information, and a short time later a Shyp contractor arrives to package your item and take it to a drop-off location where it will be shipped. Ferris’ investment along with funds from all the other investors who raised a quarter of a million dollars in under an hour will help Shyp expand it’s reach by hiring more people and reinvesting in the business to provide better service and software. And that’s all thanks to Angel List.

The concept of Angel List Syndicates helps an investor leverage their existing network of connections to raise more money for a start-up. In a way, it like the global reach your social media accounts have that can turn an ordinary video into a viral phenomenon overnight. Angel List Syndicates allows lead investors to raise more money for the companies they feel most confident about breaking the mold in a crash-and-burn environment and becoming successful, and do it in far less time. It also allows those venture capitalists with smaller amounts of cash for investments to partner with a lead investor on a project they also see as potentially profitable.

For southern-California-based venture capitalist Mark Suster, Angel List Syndicates makes it easier to help launch start-ups with the money they need and cash in on the profit when they become successful.

“I can have 40 investors but just one signatory on deals,” says Suster. “I don’t have to chase down tons of individuals. Helpful because if I know that [a lead investor] or others are ‘fronting’ others in a deal I can deal with one person to negotiation in difficult times. Helpful because at the time of rounds we’re not herding cats.”

If you’re an entrepreneur with a big idea, money doesn’t have to hold you back from pursuing your passion. Angel List Syndicates is the perfect environment for start-ups to seek out enough cash to get going without relying on a single investor to back your project. Instead, you can potentially pool enough money to launch your research and development, or expand your existing business to increase profitability with smaller investments from more people. So if you’ve been sitting on a big idea or dream to take your small business to a whole new level, what are you waiting for. The cash you need from investors may be in your hands in a matter of days, not years, with Angel List Syndicates.